IVI’s MISSION is to advance the science, practice, and use of value assessment in healthcare to make it more meaningful to those who receive, provide, and pay for care.

IVI has a GOAL of building a community to create rigorous, innovative, and relevant methods and translational research that facilitates patient-centered value assessment and emphasizes flexibility and usability for the unique decision contexts of individual decision-makers.

One significant and ongoing challenge in healthcare today is the measurement of value. Most healthcare providers, payers, and patients would agree the cost of medication, treatment, or medical service should reflect the value it delivers. And yet, consensus does not yet exist about the component perspectives, methods, and data that should be used to define value. This status quo demands better answers to the questions, “How do you measure value? And for whom?”

We need a better approach to value assessment that puts patients at the center. As part of this we also need a more transparent and collaborative approach toward building the models we use to assess value.

IVI is working to drive innovation in value assessment through collaborative research on patient preferences, novel methods of value, and value assessment model development. We work with patients, payers, and providers to assess what value means to them, and serve as a laboratory for testing new methods to improve value assessment. 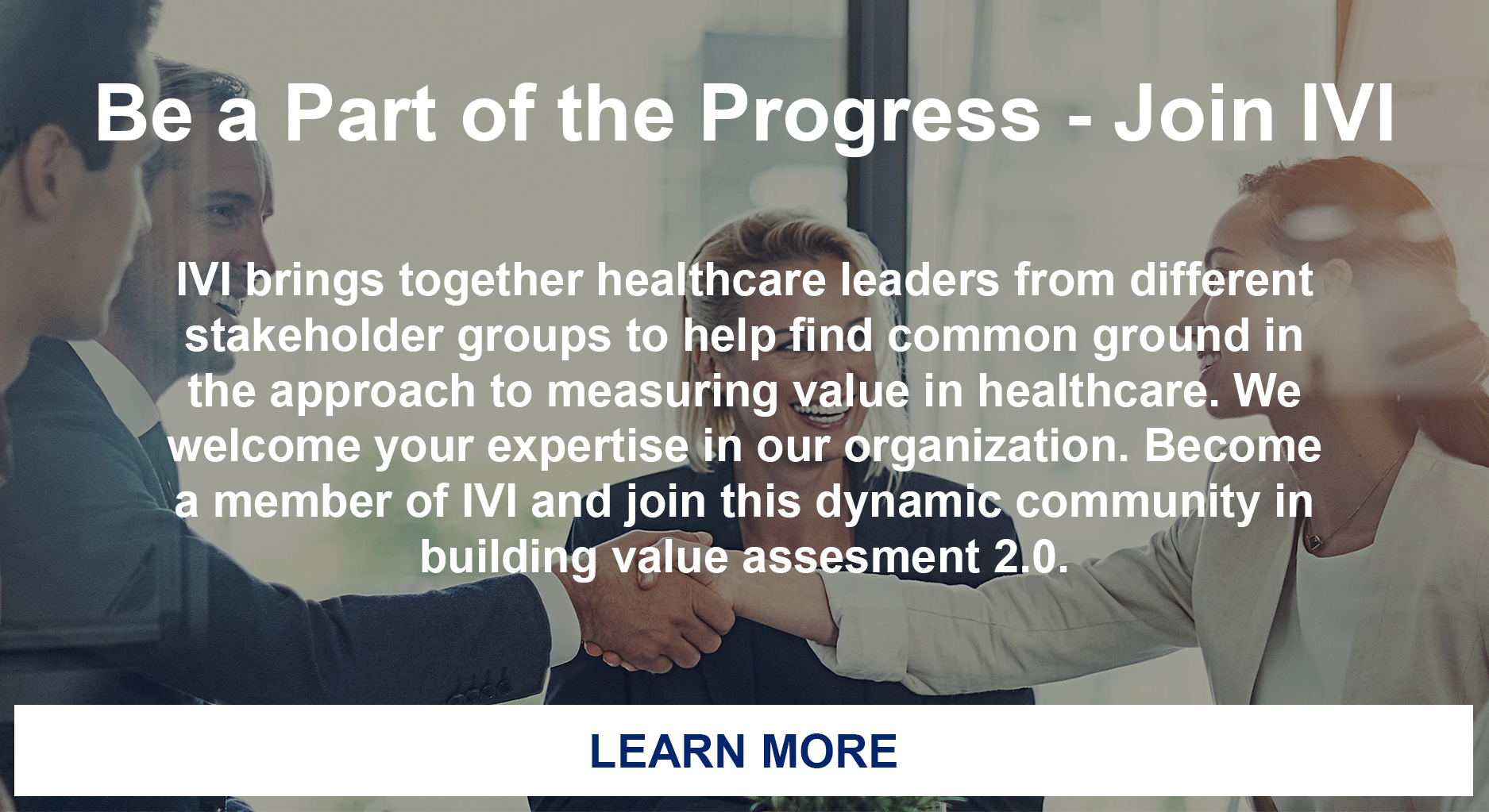 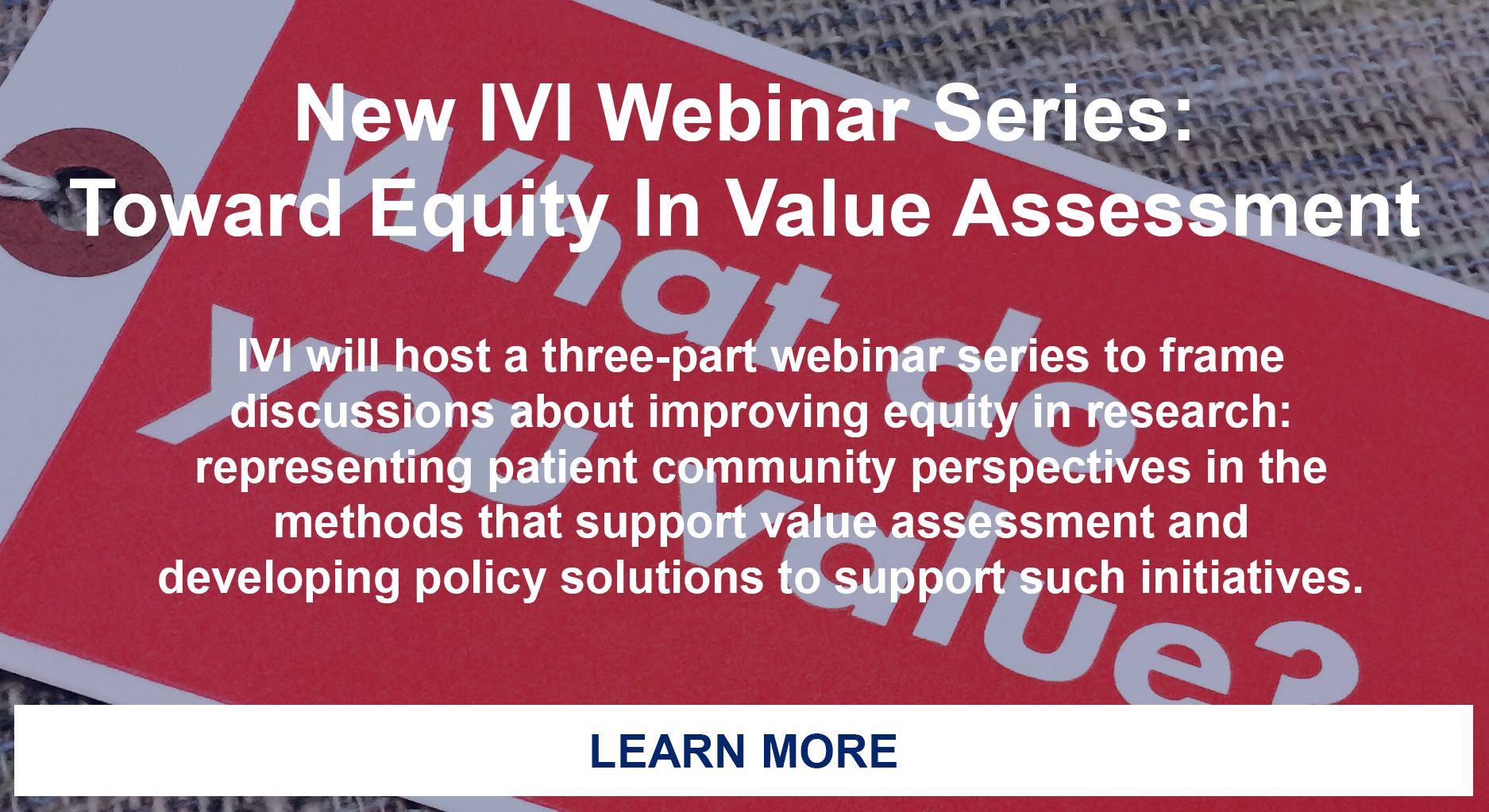 Questions about the IVI-MDD Model Scope

On Monday, May 3, IVI, along with Jessica Kennedy from Mental Health America and Mohannad Kusti from Pivot Onsite-Innovations, held an informational webinar on the draft model scope for IVIs's upcoming economic model on major [...]

IVI's Jennifer Bright and Rick Chapman recently published a commentary in STAT describing the urgency of getting value assessment right. Read the full commentary below. It's time to get health care value [...]

Alexandria, VA — April 12, 2021 — The Innovation and Value Initiative (IVI) — a nonprofit organization dedicated to advancing the science, practice, and use of value assessment in healthcare — today published the initial [...]

Someday, hopefully someday soon, someone will come up with a cure for Alzheimer’s disease and other causes of dementia.

That cure will have been made possible by decades of privately and publicly funded research, and will almost certainly cost over a billion dollars to pass through clinical trials and come to market. Undoubtedly, it will be very expensive for the patient and, in all likelihood, produce a sizable profit for its developer. How would you assess its value?

According to the Alzheimer’s Association, caring for the 5 million patients living with dementia will cost $235 billion in 2016, or $47,200 per person. Given that the average person lives 8-10 years after diagnosis, that’s at least $377,600 in care per patient. Then there are the estimated 18.1 billion hours of time provided by 15 million unpaid caregivers each year. The lost productivity of those 5 million people and their caregivers has to also be considered in the value equation.

Let’s also assume that the purpose of developing that medication is not simply to reduce cost, but to eliminate the untold misery that Alzheimer’s visits upon millions of families around the world. If it produced no direct economic benefit whatsoever, every single one of those people would agree the drug would have delivered exceptionally high value, even if the price of the medication were exceptionally high.

But how high would be too high? If the entire treatment cost half a million dollars, it might be justified on economic grounds alone. Would a premium be justified, or should a discount be applied due to the scale of the profit margin?

Until we reach a common framework for understanding value, this and similar debates will likely go round in circles. Pharmaceutical companies will rightfully assert that the profit motive provides the incentives needed to undergo the risky ventures of developing new treatments, and use that argument to justify a high price. Payers rightfully will assert that the skyrocketing prices of medications are driving costs beyond sustainable levels, and use that to justify driving prices down.

Our hope is to inform that debate using credible science, without taking one side or the other. We are an industry of scientists. We apply scientific principles to the study of value in medicine to achieve a common framework for determining and enhancing value.

Your privacy is important to us. Any information collected from our users will not be used for other commercial purposes and will not be shared with any third party.